Kindle from Move Closing Down Sales 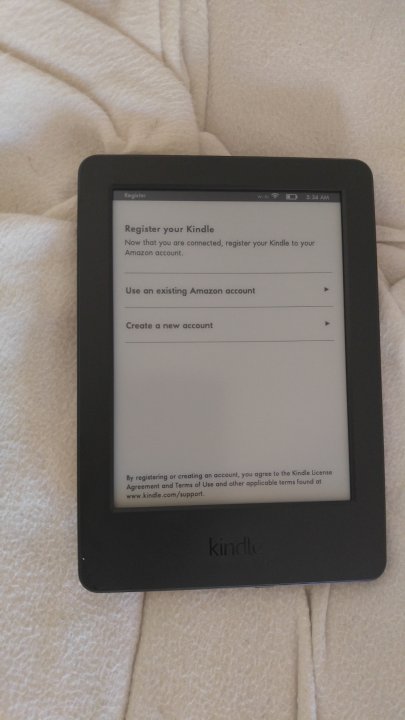 I got the 1st Generation of Kindle about ten years ago. Then I changed to use a tablet to read books about a few years, but that is not very good for eyes. Last month,Move (a sub-brand of Dick Smith) had a closing down sales because all dick smith stores need to be closed down. There were a lot of stocking had a bargain. I used this chance to buy a Knidle Touch 7" for 30% off around $75! I think that is a value for money as a eBook reader. That has a better screen(167 ppi) than my old one. It got a touch screen without a keyboard, that is lighter and easier to carry around. That is lighter than my iPad Mini (1st Generation) I love it! Only one disadvantage is without a backlight screen, but eInk screen is better for my eyes.

Google has announced their new instance messaging app, Allo. I think I will like that. It has a lot of emotion icons which the most Asian People love to use. Moreover, you can control the font size of the message you sent. That is cool. Also, you can add some handwriting on the photo you sent. How's cool it is! This is another new toy I bought in Hong Kong. Actually, that is for work. This toy is very useful for work. This hard disk is using SSD rather than mobile hard disk, so this is more portable than a normal Mobile hard disk, this is a little heavier than a USB thumb disk. Moreover, the speed is much faster than the USB thumb disk. This hard disk have around 36 MB per second, which is a little bit faster than the Normal Hard Disk. Finally, I carried this hard disk to work every day as the extended data storage!