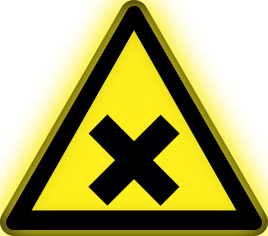 I have not released any iOS app for a few years. Recently, I am preparing a small app, but I found their UI guidelines are changed. All of my old app icons are not working anymore. I got an error message regarding the App icon background not transparent.But actually, my icon has a transparent background. Finally, I found that is because my icon are having some background shadow. It caused the problems. I need to use a very very simple icon, not 3D effect at all. Then I can pass the requirements!

I love the stack layout a lot. I used that in Android and WPF for years. Finally, xCode got a similar control calls Stack View. But that is only available iOS9+. If you set the build target below 9, that is not working. Anyway, the most of iOS devices can be upgraded to iOS 9. That should not be a huge problem

Generate the Core Data Classes from xcdatamodel in swift I am building a new app in swift, of course, I used the core data. That is a kind of standard ORM in iOS and xCode is fully support that. There are a nice UI to do that. Moreover, it can generate the class in Swift or Objective-C. You only need to open you .xcdatamodel and click Editor->Create NSManagedObject subclass...

Finally, you have your swift object classes

WIll iOS and MacOS be merged?

Nowaday, iOS is very popular, all of iPad, iPod touch and iPhone are using iOS. There are a ton of iOS app in the market, I guess that should be over a million. I believe a lot of people think that will be great to have a laptop or desktop running iOS, As a result, all of us can have a set of same apps in our iPhone or iPad in a desktop.
I don't think that is a good idea, iOS is design for Mobile. That is aimed to low energy consumption. In desktop and laptop, energy consumption is not as important as Mobile device, the performance can be more important. Although you can say iOS and MacOS is a kind of BSD os. But iOS is for ARM architecture and MacOS is for Intel architecture. Lastly, the user interface of iOS is for touch screen, that may not be the best option in the desktop environment.
I think iOS works well in mobile and MacOS works well in desktop. That is not a easy task to merge them into one OS which runs well in desktop and mobile.

Last night, that was WWDC 2015! A number of new stuff from Apple have been announced.A new Apple TV, a new version of watchOS and a new version of Siri. The most eyes catching things is iPhone 6s. This version has a new color, pink(Rose Gold)! My wife like this color! Moreover, it has a camera which supports 4K video and a faster CPU. It has force touch too, That sounds cool! iPhone 6s is from $649, iPhone 6s is from $749. Another new hardware is iPad Pro, which is a biggest version of iPad,12.1 inch screen and it got a Pen too, the pen calls Apple Pencil. That made drawing easier.
Well, the news make me to consider for buying some new hardware!