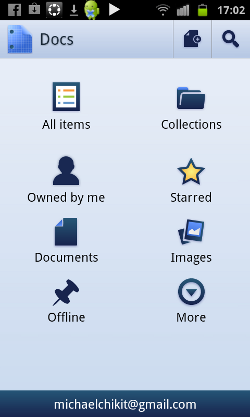 Google has launched Google Drive. This is Google Doc with the cloud drive. That is so cool. I can store my documents and files, and I edit them in my phone, android and pc. Moreover, I found that is cool to use Google doc in a tablet. I can do my work even I am away from my office. But that makes everywhere is a work place. That is a kind of stressful.
Lastly, Google has upgraded to the cloud storage to 5GB. I went to Windows 8 Boot Camp today. I got a lot of new information about Windows 8. First of all, Windows 8 is not just for desktop. It is for touch devices too and supports ARM CPU as well as Intel. I think Microsoft wants Windows to works in Tablet too!

Secondly, for making Windows works in touch devices, Metro UI is introduced in Windows. In old UI, that was trying to use abstract graphics as representation for physical object. Metro is completely different. This UI thinks in a digital way. It changes the way to operate Windows. There are not Windows in Metro. Instead of Tiles, Snap, App Bar, they are Context Oriented UI and is easier to operate in touch devices. At the start screen, there are a lot of square blocks which are Tiles. They will shows some information from apps to you. Snap is a lot of side bar which contains a stream of Information, such as Tweets. Also, Metro contains some new gestures to operate the system. For example, dragging the current screen to the bottom is to close the current apps. Well, those gestures are not just for the touch version, for mouse version as well. For example, using the mouse to click the top left corner means switching the apps. That is a bit hard to understand that.

Lastly, Windows 8 will integrate with MicrosoftID which is your live account. You need to login with MicrosoftID to enter Windows 8. In this way, you can bring your preference to different machines via logging with a same MicrosoftID. Also, if you wants to use Metro apps, you need to use MicrosoftID. All metro apps will get from Windows Store which is the Microsoft version apps store. This is very similar with getting mobile phone apps. You login to Windows Store with your MicrosoftID. Then you pick the app in the store. It will download the software package and install for you! This MicrosoftID concept makes Windows 8 works in a similar way as the current smart phone OS such as iOS and Android.

That is very exciting! That sounds we have an OS works in Desktop and mobile devices!

P.S. Windows 8 is still keeping the old desktop windows UI. In Start screen, that is a Tile calls Desktop. Clicking this tile, you can see a UI similar with Windows 7, but that is without "Start" button.

I updated all of my wordpress blogs to 3.3.2. That is mainly a security fix in media upload. So, I think we need to update our wordpress as soon as possible! 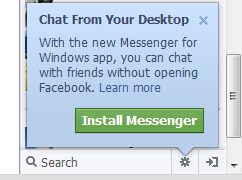 Last month, I went to Hong Kong. I bought an external battery. It has 2800mAh That is only HKD$99(around AUD$11)! That is a good deal. But that has a micro-usb port. Well, I am using Galaxy S which is using micro-usb port. That is suit for me!